This overview is updated with every commit (update) of the beta version of the LSSM. You can always find the most recent version in our GitHub Issuesopen in new window

#2052 opened 27 days ago by JanSuerthbug
What happened?

On the US Version the missing-vehicles alert displays missing Hazmat personnel. When "Enhanced missing vehicles" from the "Extended alarm window" module is enabled the personnel also gets displayed in the table.

Vehicles like the Hazmat Ambulance do not get counted at all for the personnel.

How to reproduce? Expected behavior

I expected that the personnel of the HazMat or HazMat ambulance would be counted towards the missing personnel rather then counting the number of Hazmat vehicles selected.

Describe what happens
Having V3 enabled with module WoP and / or clock, these are above v4 modals (see screenshots + Forum Beta Conversation (private))

How to reproduce?
Explain here what you did when the error occured
for example: 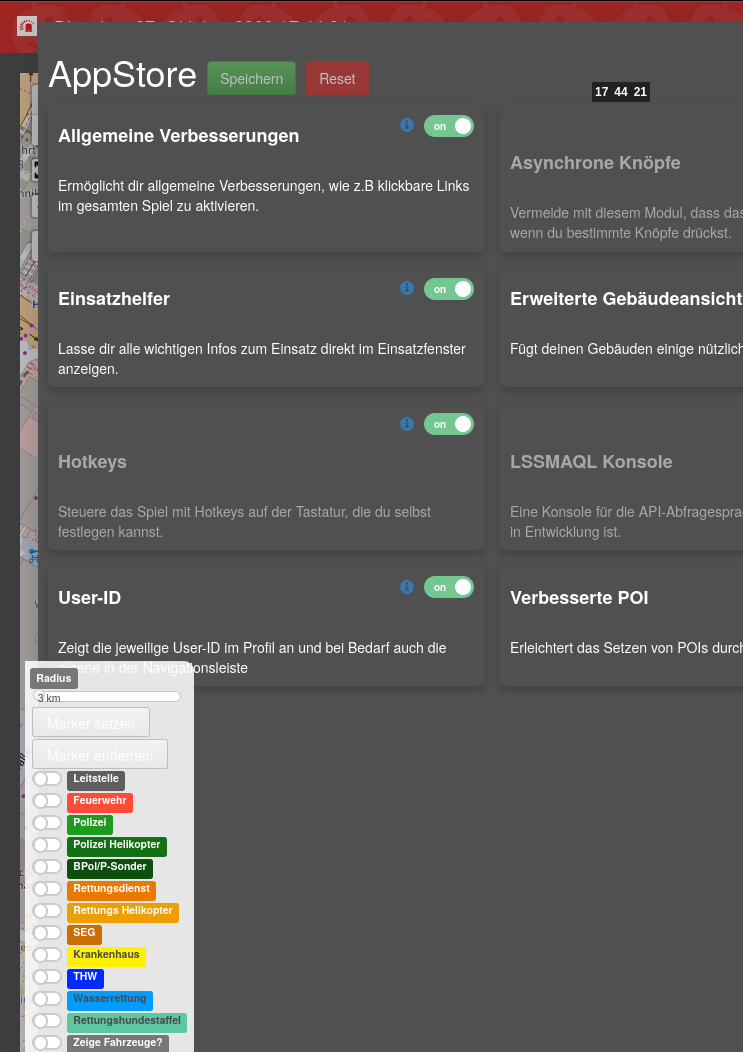 Further
We need to check what we break when setting a general z-index for V.4 modals.
Otherwise need changes in V.3?